Ringing the Bells of Liberty 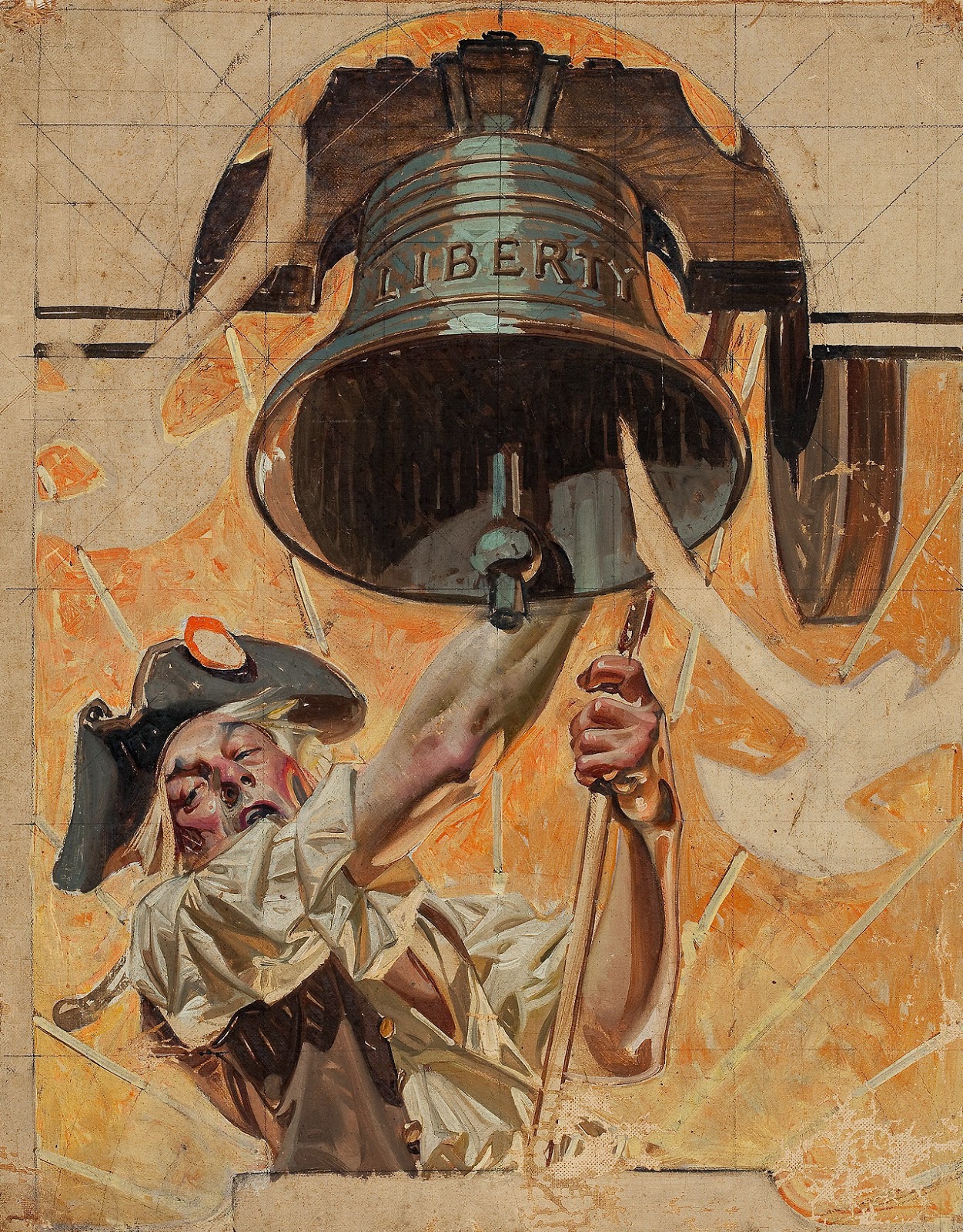 Since its inception the internet has always been a guarantor of human freedom. It is the lone unmolested, unmediated and free channel in which the endless flow of ideas and associations can take place. It is undoubtedly the greatest technological and intellectual achievement of modern times. Yet it is modernity itself that now imperils the internet and the freedom it offers. Almost daily new reports surface of websites and videos blinking silently out of existence after having been deemed hateful, offensive or dangerous by the machine minded masters of Silicon Valley. These new robber barons who did not create the internet but merely inherited it, have been brazen with their boasts about how they plan to subvert liberty. For the first time, the very apparatus of the internet has been pressganged into the service of censoring it; silencing dissenting voices and terrorising those who dare to resist.

The tools at the disposal of the new oligarchs of the internet are manifold. Through PayPal they have monopolised financial transactions and are able to destroy the livelihoods of those who publicly dissent in an instant. Through the nigh-on monopoly of Facebook, YouTube and Google they are developing weaponized algorithms to bury and conceal content that contradicts their version of the truth. And most insidiously, through their collectively applied pressure on web hosts they are seeking to deny access to the internet completely to alternative views; snuffing out opposition before it even exists. Some may be tempted to speculate that their motivations are financial – yet this is not the case. Creating an apparatus of censorship and banning potential customers is not a wealth generating exercise. Their efforts are not inspired by avarice, but by their ideological commitment to suppressing the march of traditional, patriotic and heroic thought.

Those in charge of Silicon Valley today are in mind and spirit thoroughly creatures of modernity. In just over a decade they have transformed the endless expanse of open and unregulated cyberspace into their own controlled and carefully policed fiefdom. They have no use for diversity of opinion; their overriding impulse is centralisation, uniformity and obedience. It is their desire to make their ideational hegemony so complete that the very possibility of an alternative to their totalitarian conception of the internet and of life itself seems inconceivable. Having acquired their power by parasitic and dubious means, they understand the necessity of stifling the spread of thoughts which might awaken the spirit of heroic revolution. They know that if society returned to a morally responsible state, it would not tolerate their rootless, self-serving, hedonistic and destructive agenda. We are thus not simply a threat to their money – we are a threat to their entire warped way of life.

The battle lines have now been drawn for the fight for the soul of the internet. The puppeteers of the mega corporations seek to turn the internet into nothing more than a trivial tool to manufacture passivity and consent in which no one will ever be challenged by an original idea or a controversial thought. We however, seek to remain true to the founding principle of the internet by using it as a free space for the intellectual and spiritual development of mankind. In doing so, we are marshalling a movement for the renewal of the flame of Western civilization. The battle for free speech on the internet is not peripheral to human liberty, but is in reality the most important fight of our time. The internet is the final freely accessible channel which has not fallen victim to domination by the forces of repression, manipulation and mendacity. If we lose this last frequency, we will once again be alone and atomised, unable to mount a coherent resistance to the monolith of modernity as it consumes the last vestiges of traditional life.

Ultimately however, we will not lose. The weight of the shackles that now seek to constrain collective thought has become crushing, and grows heavier each day. The burden of the enforced veneration of faux-equality and the coerced acceptance of the destruction of history has become too much for any reasonable person to bear. The system that the ignoble ideologues of Silicon Valley seek to prop up is morally bankrupt. It is undeniable that globalism and multiculturalism has not made us freer, and they cannot rectify this fact by attacking freedom even more viciously. They may have usurped control of the internet’s technological means, but they cannot program away the overriding yearning for human freedom. Every site they wish to redact speaks to this primal human impulse and reaffirms that our autocratic elites have created an inverted and unnatural world which ceases to exist once you stop believing in it. All that is necessary to see the truth of our philosophy is to come into contact with it, which is why the digital dictators are so strenuously attempting to stop that happening.

The fact is that their actions are already too late. They have launched this unprecedented campaign of repression precisely because a revolution in thought is already happening. Their inept and shameless attempts to curtail the desire for freedom with technological means will not succeed; and in ramping up their push to imprison the human faculty for thought they have alerted many others to the danger of their plans. They have tried to bar our access to the bell tower, but they were too slow. There are too many brave patriots now Ringing the Bells of Liberty, and those who hear the clarion call of freedom will never allow those bells to be silenced by our enemies.