The website aims to be a beacon. A call to purpose.

Modern man wanders through an aspiritual wasteland. He is bombarded relentlessly by calls to hollow consumerism and endless appeals to trivial pleasures. He is racked by the collapse of all prior metaphysical belief systems and burdened by the historical repudiations of mass ideology.  He floats as a lost liberal atom in a society without identity or roots. Everywhere he goes he is told he is free; yet what form does this freedom take? Modern society presents itself as an endless panoply of nihilistic egoism, unfulfilling jobs, crass sexuality and a wanton celebration of shallow thought mixed with pointless hedonism. To most, this is state of living is satisfying enough – or positively desirable. The carefully choreographed illusion of freedom combined with unprecedented material ease melds together to create the intoxicating lie of human progress. Yet the awakened mind easily sees through these contradictions. The superficiality of modern living fosters within them a state of permanent existential crisis.  What is a person who is serious about their life meant to do in the face of such total decay? How can a reaction against modernity be orchestrated when subjectivism and apathy have shorn the bonds of common kinship and created the alienated society?

In the age of the individualist revolution does not begin with society. To overthrow the odious hypocrisy and decay of modernity, the awakened individual must first overthrow his lesser self. In a society where mediocrity is rewarded and weakness is celebrated, the greatest rebellion is to be exceptional and to exude strength. Attempting to change the values of others through rhetoric and logical argument is futile. To truly fight the torrent of valueless modernity, one must adopt the personal credo of heroic individualism.  To better society, you must first better yourself. The self-reliant, strong, and independent individual is a rock which stands immovable by the tide of vacuous trends. By improving yourself, you will take the first steps towards true freedom. How can this be done?

Following in the footsteps of heroes: 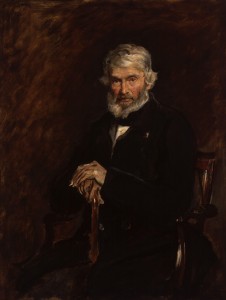 To become a hero, first one must study heroes