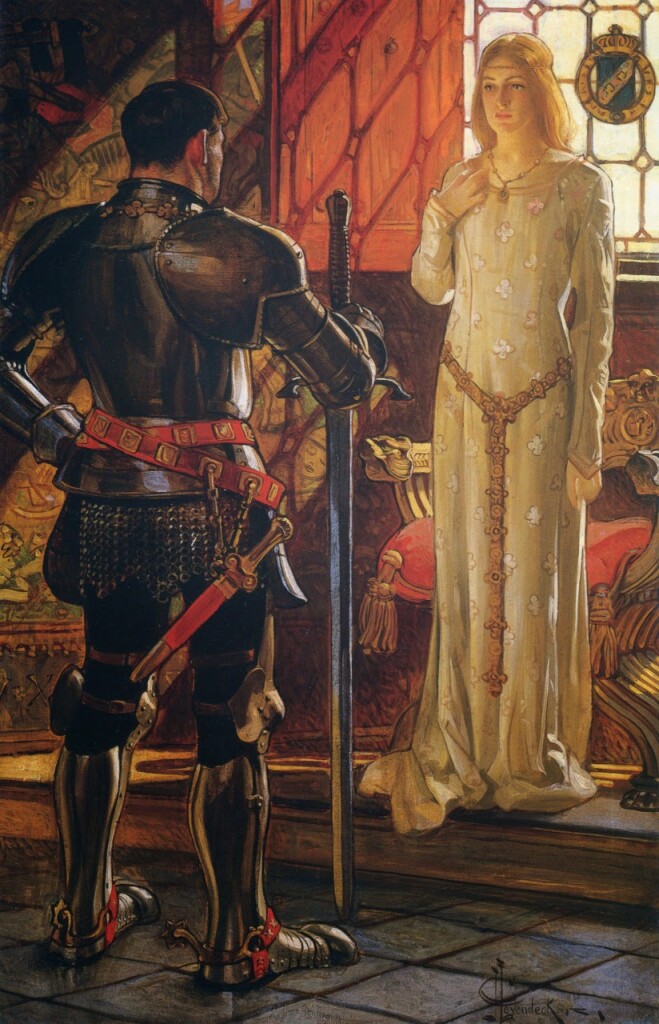 To the right-minded individual the events unfolding in the West seem unfathomable. The neo-religious zealotry of the rabid mob hellbent on tearing down the images of their forebears is perhaps without precedent in history. Without precedent too is the lacklustre, disinterested, and cowardly response of vast swathes of the population. Many have not only turned a blind eye, they have actively collaborated or bent the knee before this orgy of destruction. Viewing the events of the past few months in isolation, this lack of will to resist is shocking. Yet when modern society is viewed as a wider whole, the picture becomes much clearer. The statues toppled across the globe were almost exclusively tributes to great men, to the warrior caste, to the true exemplars of masculinity and the most skilled practitioners of violence. Put simply, these statues were built by men for the purposes of inspiring other men to greatness. It should therefore be incumbent on all Western men to defend them – yet many did not.

In the United Kingdom, the ‘statue defenders’ were comprised of the most masculine elements of society – military veterans, bikers, and football fans. This is not coincidental. These groups have been the most resistant to the modern implantation of warped ideas about the fluid nature of gender and LGBTQ+ ideology. They still, by and large, understand themselves to be first and foremost men. Not that long ago, one could also count law enforcement as self-assured beacons of masculinity. This is no longer the case, as police forces across the developed world are transformed into servants of the metapolitical pillars of the elite: homosexuality, feminism, and transgenderism. That they have become neutered, knee taking, and impotent to the point of obsolescence is by design. The objective of the enemy is to subvert and neutralise all potentially troublesome elements of society, and the most troublesome of all is the white male.

Modernity is simply a litany of attempts to undermine and control the rebellious and free-thinking nature of the untrammelled man. It began with the pushing of pornography to misdirect his sexual impulses. This was accompanied by the promotion of feminism with the goal of confusing the relationship between the genders. The assault was accelerated by the legalisation, advertisement, and veneration of homosexuality. Now, modernity unveils its final assault against heroic masculinity: transgenderism, the total negation of manhood, the soft suicide promoted by an anti-natal elite who deeply desire a sterilised and gelded population.

Conservatives and libertarians have responded to this horrendous attack on the natural order with feeble protests and relativism. The conservative acquiesces that transgenderism is a human right but protests meekly that perhaps it should not be flaunted in schools. The libertarian argues that the individual is autonomous over their own body, and it is up to them to choose whether they wish to mutilate it or not. Both of these arguments are incorrect because transgenderism is not a value-free organic movement; it is a weapon being wielded by our enemies to reduce our capacity to resist them. Once the mutilation has occurred, little can be done in terms of reversals. Those with buyer’s remorse realise there are no refunds. The damage is permanent, and as evidenced by vastly heightened suicide rates of the transgender community, the decision is final.

In an age where men are voluntarily castrating themselves, it is really quite unsurprising that many would take a knee and bow down to those who hate them and wish them gone. It is the greatest self-renunciation a human could make, aided by the corrupt and mis-sold promises of a modern medical system whose purpose is to harm and not heal. Cynical travellers of the right often opine that transgenderism is a eugenic process – that those who opt for it are mentally unstable and unsuited to be potential parents or upstanding participants in the greater community. However, the ephemeral, confused, and totally rootless nature of modernity has funnelled more and more men down this path at younger and younger ages. We would not be so callous about consent and decision making of other sorts at an early age.

We must also understand that modernity is a swamp, a bog without signposts where falling into the murky waters is easy but being pulled out requires help. It calls for a strong hand; lit torches to demarcate the danger. It is up to us, the awakened inheritors of the masculine mantle to guide the next generation to their duties safely. It is a moral failure not to speak out against a potential harm to children; to attempt to explain it away or to compromise with wilful proponents of mutilation and the negation of the purpose of life.

We must state our objections clearly and plainly: it is difficult to be a man, especially in modernity. But the journey of growing into and becoming the best man you can be is the pursuit of a higher purpose. By learning from those who have come before and embracing all of the masculine ideals, you thereby affirm your life and cultivate your own latent power. You are the kinsmen of the splendid chivalric knights, of the wise ascetic monk, the equal brethren of Hercules in the great fraternity of man. To live your life as a ruined, sterile expression of a fetish made manifest is a physical and spiritual disaster. The proponents of transgenderism are Doctor Frankenstein, and those undergoing the ordeal are misguided subjects in a vile and malevolent social experiment. It is a moral imperative to oppose it.

By doing so, we are healing a great spiritual ill. We are directing the pure youth back to the immutable tradition of the ages. We are fostering them into strong men capable of defending, advancing, and propagating a civilisation worthy of bronze and granite tributes to those who built it. The whole apparatus of modernity is designed to stop us doing this, from the woke corporations to corrupt governments and dubiously funded social institutions. The vast legions of our enemies and their exorbitant war chests should not dissuade us, because we have something they could never buy. We have the moral right, the power of truth and goodness on our side. We are engaged in a thing of beauty. They are engaged in deception and debasement. We must believe that the moral good can prevail, not because it is inevitable, but because within us we have the strength to fight for it as one unified Männerbund, as the last true men of the West.