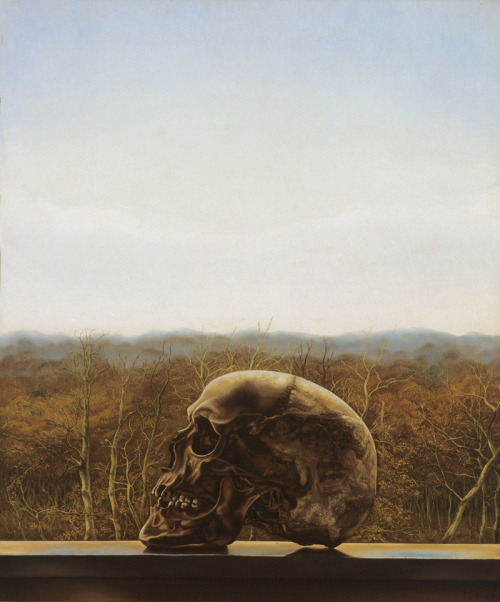 The lexicon of mendacious government platitudes has gained another ignominious entry. “Just three weeks to flatten the curve!” they implored, one long year ago. Yet after twelve months of authoritarianism and state enforced solitude, SWAT teams are swooping in to arrest Miami spring break revellers, and lockdown protests from Amsterdam to Kassel are intensifying across Europe. The much-vaunted vaccines seem to have brought us no closer to freedom. The initial justifications for the suspension of liberty will now undoubtedly rank in history alongside such inglorious slogans as “the troops will be home by Christmas” and “diversity is our strength.” Debates continue to rage about the lethality and the origin of the Coronavirus, but in truth these are largely academic discussions now. The Coronavirus is not primarily an epidemiological phenomenon, but rather a sociological and political one. Our question should not be why has this pandemic happened now, but rather why have governments and societies responded to it as they have?

The truth may be that the Coronavirus did not blink into existence in Wuhan one year ago, but rather it had been incubating in the psyche of modern societies for years. The ease with which populations not only acquiesced to governmental restrictions, but also wilfully demanded more of them, is proof that we had already accepted the premise of the Coronavirus lockdowns into our hearts long ago. It is worth noting that almost all the trends and changes that the Coronavirus has seemingly unleashed are in fact simply an acceleration of what was pre-existing. Atomisation, a retreat from the physical world into the digital, a neurotic collective hysteria in the face of death without a spiritual framework, the expectation that the government will provide, a pseudo-religious belief in experts and scientific redemption, and the hyper-politicisation of communal activity.

In examining the Coronavirus as a social display, rather than as a deadly viral outbreak, it is useful to identify who has consistently resisted the lockdown. Primarily, religious communities within the West have continued their lives largely unhindered. Only a few weeks ago, the Orthodox Jewish stronghold of Stamford Hill in London had the highest rate of Coronavirus in the UK. Likewise, there have been several high-profile cases of Indian and Pakistani weddings and religious festivals being broken up; and it has not gone unnoticed that cities such as Bradford and Leicester with large ethnic minority populations had disproportionately high Covid-rates. It is popular on the right to point to this as an example of the failure of multiculturalism, highlighting as it does that immigrant communities do not abide by the laws of the land, and that governments are too timid to enforce them in any case fearing accusations of racism. These points are of course, both true. But this also perhaps says more about Western host societies than it does about those who have chosen to migrate to them.

Handwringing liberals may attribute this difference in ethnic attitudes to the Coronavirus to a lack of education and resources, or our insensitivity to alternative cultural values. Translated, this simply means that Jewish, Hindu, and Islamic communities have not been morally intimidated by a disease with a median death rate in most cases beyond the average life expectancy; and they also have been unimpressed by the potential for social ostracization if they do not comply. Of course, this may be because they are beyond public reproach in the West, but their response has nevertheless been a perennial, rather than a modern one. Armoured by faith, they have taken a divinely fatalistic view and chosen to continue to celebrate the cycle of life and death – weddings, births, funerals, and birthdays. The shrill cries of moral indignation about the selfishness of killing grandma have much less weight if you have already accepted that your grandparents will die, and you will also. In a world riven by suffering and temporal chaos, they have opted to make lives which are meaningful, rather than to potentially live just that little bit longer in the self-imposed cryostasis of Western societies.

As these religious groupings continue their surreptitious gatherings in the Mosque or Synagogue, hermit Brits dared to leave their womb-like hiding spots to gormlessly clap the NHS, in a pseudo-religious act of worship. Without a metaphysical basis only the quantity rather than the quality of life has any value, and if nurses and doctors are the high priests of this new religion, then they should rightfully be venerated and doted on. The transition from a government of oligarchic middle-managers to the total domination by an unelected scientific cabal was really not that drastic when politics had already been reduced to nothing more than a rationalistic and utilitarian problem-solving exercise. The only thing that political parties seem to disagree on is if the restrictions are tough enough, and if the logistics of policing and vaccination have been sufficiently draconian. No philosophical examinations of the objectives of the lockdown are permitted, but then this is unsurprising in societies which also do not allow the questioning of the sacred cows of demographic replacement, foreign policy misadventures, or the cult of LGBTQ+ rights. The population had already been cowed and pre-programmed to accept new doctrines without question by years of the repression of free speech and independent thought.

This does not however mean that the lockdown is unpopular. If there were to be a democratic vote on it, it is likely in many Western countries it would be sustained well into the future, perhaps even indefinitely. In Japan, huge segments of the population have withdrawn from society entirely, living their lives in their bedrooms, supported by their parents or the state, living in a condition of total social shame, arrested development, and hedonistic consumption. The term for this is Hikikomori. What at first sight may seem an anomaly of Japanese culture, is in fact a glimpse into the future of modern society. We are all Hikikomori now. A significant portion of people are in no rush to return to ‘normality’ because normality for them was simply social isolation and alienation with additional demands placed upon them. What does the outside world offer to these people anymore? The answer for an increasing number is soulless, unnecessary, and unfulfilling corporate jobs in an atomised world where no one around you looks like you, set amid the backdrop of towns and cities which are increasingly globalised and interchangeable.

Sweden is perhaps the most advanced case of this terminal decay of modernity, yet it had the lightest lockdown restrictions in Europe. This at first seems paradoxical, yet in many ways it only bolsters the analysis. With its huge migrant population that for reasons outlined earlier would not respect any restrictions, and with its completely atomised and self-censoring society in which nearly 40% of people live alone, formal legal restrictions were perhaps thought to be unnecessary when the vast majority of the population would self-police following the Jantelagen, and the migrant communities would never be compelled to obey anyway.

All of this illustrates one fundamental realisation: the incentive structures for Western societies have drastically altered over the past few decades. Wealth acquisition, passing on your genes to the next generation, and gaining social standing in the local community has been replaced by virtue signalling and climbing the ladder of social clout in the global, digital community. We live online. Our community is our Twitter feed, our gaming group, our curated Instagram photos. This is of course not a particularly original or compelling assessment by itself, but we must also understand that the nature of digital life has changed. Where once social media was pitched as a medium to connect with and keep in touch with real world friends, it is now a vehicle for conformity, groupthink, and passivity. This is underscored by one subtle, but very important change in the language of social relations. No longer are others friends as they were at the dawn of social media, but are instead now merely followers.

Online social interaction has ceased to be bi-directional and reciprocal; it is that of the devotee and the cult leader. It is a slave and master mentality. It is therefore unlikely a sudden revolt against the popular consensus will spring from those who even in their private online domain are passive cheerleaders. The fact is the physical world has lost its grip over the modern imagination. Going out to earn a living is an almost archaic activity when we are inching towards states so all encompassing that they will provide a universal basic income driven by fiat money printing. The rise of Bitcoin is a reaction to the feeling that our economies are a giant fiction, running up debts that are never intended to be repaid, presided over by a handful of oligarchs with more wealth than we could ever even imagine. Under these conditions, heading outside and into the office seems terribly outmoded. Likewise, in the digital age sex has been relegated to a solo activity as pornography supplants procreation for the Onlyfans generation. In the West there are fewer and fewer communal anchors, as pubs and churches close. All of this contributes to the feeling that there is nothing out there in the world of any value, and so the loss of the freedom to go outside and to associate for many has been more an inconvenience than a matter of life and death.

Life and death, and mortality salience however does play a huge role in the current crisis. Preying on health fears to instil compliance with governmental policy has proven so wildly successful precisely because the population is already so primed to believe that it is at risk. This is because in many ways, it is. An obese, ageing, mentally and chronically ill populace is already well versed with an internalised fear of their own incapacitation and demise. Playing on that is the perfect PR strategy, one that would have been inconceivable in a strong and virile society.

All of these factors have contributed to How the Coronavirus Took Over the World and collectively they spell a long winter for human liberty. The freedoms we have lost may possibly be incrementally restored in the coming months and years, but we have shown ourselves amply willing to abandon our rights and painstakingly slow to ask for them back. There is no reason to believe an event like the Coronavirus could not happen again. We live in an era of chronic, rather than acute politics where narratives linger on for months and years. The underlying cultural and societal malaise, the collective neurosis, and the spiritual death of vast swathes of the West will not quickly be reversed. Our only recourse is to begin to re-root ourselves in a Heideggerian authentic life, to seek out like minded individuals, and to build robust and resilient communities that can thrive in this bleak existential landscape. As others live their lives in stasis, we must instead embrace the world with vigour, and work to take back our collective reality.